Another attack on author rights 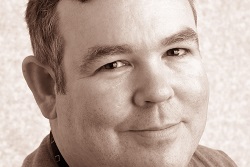 One of the nation’s leading newspapers is attempting an unprecedented rights grab, according to its writers. In the midst of contract negotiations with its newsroom staff, the Los Angeles Times, purchased last year by biotech billionaire Patrick Soon-Shiong, has proposed that its journalists, as a condition of employment, cede control of any books or other creative works made outside of their daily journalistic duties.

The Los Angeles Times Guild, a trade union representing some 400 newsroom staffers, has called the proposal “a new low in the newspaper industry,” pointing out that no other major newspaper has such strict copyright restrictions. “If we have a book idea related to our work,” according to the Times Guild, “the company wants unfettered power to claim control over whether it gets written, who owns the copyright and what we might get paid for it.”

The key phrase, for me, is in the second paragraph:  “a book idea related to our work”.  Who determines whether a book idea is work-related?  For a journalist who writes a story about (say) corruption among politicians, then proceeds to write a novel about the same thing, that may be pretty convincing evidence of a tie-in.  However, what if a non-journalist author is writing about something related to their employment?  A few examples:

We may laugh, but I think these are points that are going to be raised more and more often by intellectual property court cases.  We live in an age of not only monetization, but financialization.  More and more, stories, tales, speculations, even idle chatter, is seen as a form of influence over how people spend their money;  therefore, those involved in such events want their pound of flesh out of it.

Is this likely to become a factor of concern for indie authors?  Your guess is as good as mine, but I think it’s something we’re going to have to start taking into account.  Please discuss among yourselves.

From: Uncategorized
← Plotting around what you know
5 Steps to Open a Small Business →
28 Comments