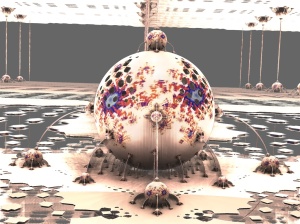 So I have a problem. On one hand, I want to write, and am delighted when the muse awakens and sends tendrils of stories out into my head so I can write them down. On the other hand, when those tendrils become tentacles of the kraken and threaten to take over my brain… that’s a problem. I need to find a balance. A way to bottle up the muse, so to speak, and only let it out when I can actually write, because there’s a fair amount of time when I can’t. Or at least, when it’s highly inconvenient to have the muse tickling at my backbrain while I’m supposed to be concentrating on something else.

So, what I need to do is lash the muse to the bowsprit, and stick wax in my ears, and only once we’re past the sirens, let her go again to infect me with the madn… er, stories. Unfortunately, so far my attempts at this have yielded a sulky muse who tends to plop down on deck and fold her arms and stubbornly pout when I remove the lashings. This is less than ideal.

I can’t let her loose all the time. When it’s a particularly loud story, with a bright voice to the main character (and if it were that voice on the side character, I’m writing the story down wrong), it’s hard to keep my mind on the day job. As much as I enjoy writing, I can’t afford to make it my day job and give up science (for many good and complex reasons, not just because Science!) Look, you, being a Mad Scientist requires a higher degree than I’ve got. And more madness. I’m just.. I dunno. I’m an aspiring Mad Scientist. Maybe someday.

So the muse needs to be locked up, at least some of the time. I mean, it would be easy to lock her up and throw away the key. Um. I think it would be easier. I will admit I’ve not tried to actually do that. I have enough trouble with my brain wanting to explore all the shiny interests, trying to force it to focus on only one thing at a time usually backfires. So stopping writing altogether might be like that. It would leak.

The stories leak. I find myself wandering around work, with half my brain off in another universe. It’s not safe. So I write when I can, which is less than I’d like. When I finally get to the place and time where I can sit down to the story, I’m too tired to string together coherent words into anything other than, possibly, vogon poetry. I’m pretty sure there’s no market for that, except possibly as an interrogation method, and even then you’ve got Geneva Convention violations, inter-Galactic war crime trials, not to mention the interrogators whose brain has leaked out their ears. It’s no use.

So I keep steering through the straits of Charybdis, with Scylla sucking on one side and the whirlpool of distraction on the other. And the damn muse keeps snatching the wheel when I’m not looking and pointing us at those story sirens. Spoiled brat.