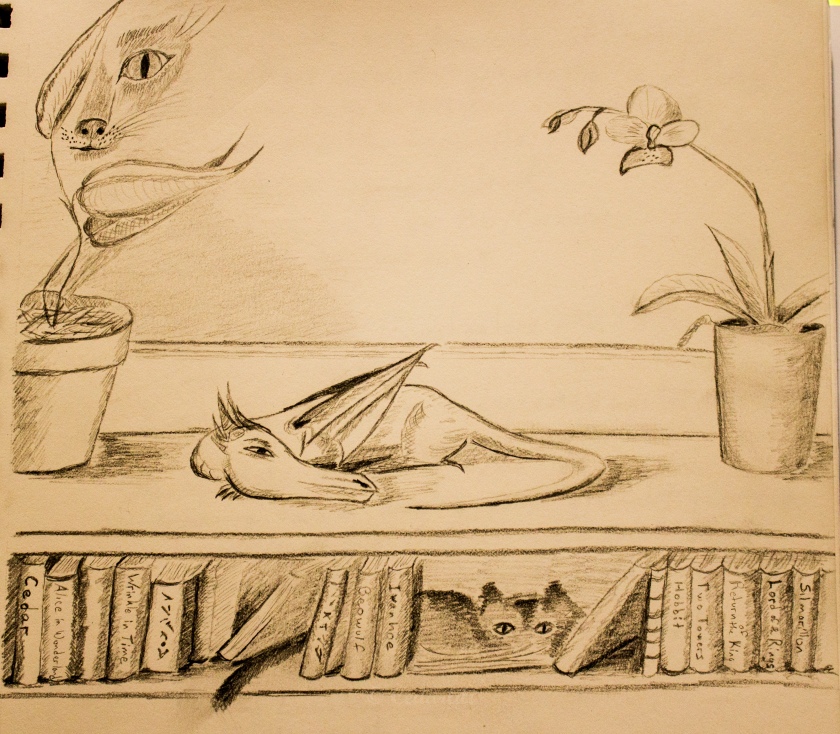 Clearly, summer is upon us. Have you got your beach reads lined on the Kindle yet? Well, here are a whole list of selections on sale, or free!, for you to choose from. Already have one? Want to share the joy you found in reading it? You know it’s easy to give the gift of an ebook! Introduce friends and family to your favorite Indie Authors today. Or you could just share this post. That works, too.

The sale will be running through Monday, but as always, check the price once you click the link in the title. Some books will vary as the weekend progresses.

Death of a Musketeer

When D’Artagnan, Athos, Porthos and Aramis discover the corpse of a beautiful woman who looks like the Queen of France, they vow to see that justice is done. They do not know that their investigation will widen from murder to intrigue to conspiracy, bring them the renewed enmity of Cardinal Richelieu and shake their fate in humanity. Through duels and doubts, they pursue the truth, even when their search brings them to the sphere of King Louis XIII himself and makes them confront secrets best forgotten.

Young Will Shakespeare is a humble school master who arrives home to find his wife and infant daughter, Susannah are missing, kidnapped by the fairies of Arden Woods, the children of Titania and Oberon. His attempts at rescue are interrupted and complicated by a feud over throne of fairyland, between Sylvanus, king regnant, and his younger brother Quicksilver who is both more and less than he seems. Amid treachery, murder, duel and seduction, Shakespeare discovers the enchantment of fairyland, which will always remain with him, for good and ill.

The Interstellar Empire of Man was built on the enslavement of the gentle Stardogs, companions and Theta-space transporters of the vanished Denaari Dominion. But the Stardogs that humans found can’t go home to breed, and are slowly dying out.

As the ruthless Empire collapses from its rotten core outward, an Imperial barge is trapped on top of a dying Stardog when an attempted hijacking and assassination go horribly wrong. Trying to save its human cargo, the Stardog flees to the last place anyone expected – the long-lost Denaari motherworld. Crawling from the crash are the Leaguesmen who control the Stardogs’ pilots by fear and force, and plan to assassinate Princess Shari, the criminal Yak gang, who want to kill everyone and take control of a rare Stardog for their own, and an entourage riddled with plots, poisons, and treason. But Shari and her assassin-bodyguard have plans of their own…

Nineteen-year-old Steve Maxwell just wants to get his feet on the star road to find a better homeworld. By facing down Lotus Tong thugs, he earns an opportunity to become a spacer apprentice on a merchant spaceship, leaving the corruption and crime of Earth behind. Sure, he needs to prove himself to an older, tight-knit crew, but how bad can it be if he keeps his head down and the decks clean?

He never counted on the interstellar trade routes having their own problems, from local wars to plagues of pirates – and the jade in his luggage is hotter than a neutron star. Steve’s left a world of troubles behind, only to find a galaxy of them ahead…

A vampire, a werewolf, an undercover angel and his succubus squeeze. Whoever picked this team to save the world wasn’t thinking of sending the very best. But then, since this particular threat to the universe and everything good is being staged in science fiction conventions, amid people in costume, misfits and creative geniuses, any conventional hero would have stood out. Now Jim, the vampire, and his unlikely sidekicks have to beat the clock to find out who’s sacrificing con goers before all hell breaks loose — literally.

ConVent is proof that Kate Paulk’s brain works in wonderfully mysterious ways. A sarcastic vampire, his werewolf best buddy, an undercover angel and his succubus squeeze. The “Save the world” department really messed it up this time.

Some things can never be forgotten, no matter how hard you try.

Detective Sergeant Mackenzie Santos knows that bitter lesson all too well. The day she died changed her life and her perception of the world forever.It doesn’t matter that everyone, even her doctors, believe a miracle occurred when she awoke in the hospital morgue. Mac knows better. It hadn’t been a miracle, at least not a holy one. As far as she’s concerned, that’s the day the dogs of Hell came for her.

Investigating one of the most horrendous murders in recent Dallas history, Mac also has to break in a new partner and deal with nosy reporters who follow her every move and who publish confidential details of the investigation without a qualm.

Complicating matters even more, Mac learns the truth about her family and herself, a truth that forces her to deal with the monster within, as well as those on the outside.But none of this matters as much as discovering the identity of the murderer before he can kill again.

You can’t keep a tough Pixie down…

Lom is a bounty hunter, paid to bring magical creatures of all descriptions back Underhill, to prevent war with humans should they discover the strangers amongst them. Bella is about to find out she’s a real life fairy princess, but all she wants to do is live peacefully in Alaska, where the biggest problems are hungry grizzly bears. He has to bring her in. It’s nothing personal, it’s his job…

Memories of the Abyss

Violet is trapped in the prison of her own mind. Her body is dwelling in the insane asylum, but when her friend Walter is killed, she must make a decision to avenge his death, or stay safely locked in her own broken soul. He’d drawn her out of her shell, and she finds she still has honor left… But will anyone believe the crazy woman?

The Scent of Metal

The expedition ship Kepler races to Pluto, intent on uncovering the secrets of the alien structure recently discovered under the ice. Computer scientist Lea Santorin can’t wait to figure out the alien technology. Instead, she wakes it up … and it continues its long-interrupted journey across the galaxy, taking Lea and Kepler with it..

Young Jin survives on his own in the streets of Thama, using his wits and climbing skills to find food and shelter. On a bitterly cold night, desperate to avoid freezing, he enters the burned wreckage of a long-abandoned warehouse searching for anything of value. Searching despite the danger—for the warehouse once belonged to jinxers, and no one knows how their magic works…or how long it remains. Jin discovers a beautiful crystal sphere in the ashes—and suddenly finds himself transported to the desert world of Darha.

His foreign appearance immediately brands him an outsider, and he must rely on his Darha friends to conceal him from the mysterious rulers of the local fort. But Jin must face the fort’s dangers—for inside may lie the key to his return to Thama…and the key to his own hidden magic powers.

Tales from the Uplands

Uncanny things haunt the high country, where mountains bring justice and men tell mysterious tales. A place where churches seek the lost and deadly forces lurk below the peaks.

Contains eight short stories drawn from locations and legends of Central Europe, including the Drachenberg version of a famous folk-tale, and an excerpt from the next Cat Among Dragons novel.

From a missing hiker (with really bad taste) in the Appalachians to WYRD and Drako’s Dark Roast all-night show, to a water-expert with a talon-t for trouble, and a search for justice, this quartet of stories explore life in a world where dragons and humans live side-by-side.

Mischief, murder, mayhem, and music to rock the night away!

The France of the Musketeers has changed. Decades ago, someone opened a tomb in Eastern Europe, and from that tomb crawled an ancient horror, who in turn woke others of its kind.
Now Paris is beset by vampires, the countryside barren and abandoned. The Cardinal has become a vampire, the church is banned, the king too cowed to fight.
Until now, the three Musketeers, Athos, Porthos and Aramis have stood as a bulwark against the encroaching evil, their swords defending the innocent and helpless.
But last night, in a blood mass, Athos was turned into a Vampire. And a young vampire orphan has just arrived from Gascony: Monsieur D’Artagnan.
Things are about to get… complicated.

… Long before the bird reared its ugly beak, there was beer. And lots of it.
In the humble world of alley cats, Tom has everything he needs: interesting enemies, a long list of girl cats who’d like to scratch his eyes out, and enough beer to make sure his repressed memories and his mysterious destiny stay repressed.
Until Wild Rat microbrewery shuts down.
To restore his favorite beer to its former glory, Tom will have to fight prissy bureaucrats, streetwise alley cats, and Broxton’s most barbaric rats. And behind it all, an evil so great that even Broxton’s most hardened rodents dare not squeak of it.

When Meg Finley’s parents died, the authorities classified it as a double suicide. Alone, hurting and suddenly the object of the clan’s alpha’s desire, her life was a nightmare. He didn’t care that she was grieving any more than he cared that she was only fifteen. So she’d run and she’d been running ever since. But now, years later, her luck’s run out. The alpha’s trackers have found her and they’re under orders to bring her back, no matter what. Without warning, Meg finds herself in a game of cat and mouse with the trackers in a downtown Dallas parking garage. She’s learned a lot over the years but, without help, it might not be enough to escape a fate she knows will be worse than death. What she didn’t expect was that help would come from the local clan leader. But would he turn out to be her savior or something else, something much more dangerous?

Welcome to New Rome!
The far-flung heirs of the empire have been called home to the capital of worlds. In these mean streets, no wife is above suspicion, and no man above assassination. With the Emperor poisoned and prince Oswald in jail, Ninth Euclid, a mathematically gifted secretary from a rural backwater, must solve the knottiest problem of all: How will he keep his liege lord safe from daggers in the back and politically scheming trollops in the night?