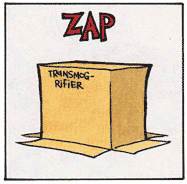 I was trying to come up with a topic for today’s post, and chatting with Amanda about it, we discussed, as we so often do these days, the Hugo process. It’s getting a lot of publicity, far outside the normal realm of things, but I don’t want to fatigue our readers here about it by talking about nothing but the ups and downs of one topic. Yesterday there was a *facepalm* moment, one that left me commenting that the person making the gaffe was like nothing so much as a blinkered donkey, set to work on a narrow path. He can’t see anything besides what is right in front of him, and he’s learned from long experience that if he turns his head to either side, his master’s whip, or the bites of the gadflies, sting him. So it’s easier for him to simply proclaim that his path is the only one, and that only the people who are on his path are “more educated and self-consciously cosmopolitan.” And this self-declared cosmopolitan plods on, declaring that everything he can’t see, doesn’t exist.

But it did give me an idea for this post. I’d planned to talk about science in the news, and I’m still going to do that, but I want you to play along with me. Let’s pop into this box, and think from the inside, outside the box.

What is Hard Science Fiction?

Calvin would no doubt insist it was the stuff that kept him looking at a dictionary every few words, had NO exploding spaceships, and was probably assigned by a teacher. Hobbes would trot out the definition that it is fiction wherein the science used is solely the provenance of what we can extrapolate from known science.

So that means no Faster than Light ships, right? Well, at one point, we could absolutely state that FTL travel was impossible, broke the universal laws of physics, and was strictly the tool of lazy storytellers who wanted to explore space without those inconvenient time lags. Now, there are inklings, nothing solid yet, but certainly theories that this isn’t going to always be the case.

Coming back closer-in to near Earth and building those space ships, or maybe that underwater city, we find that recent strides in metallurgy bring light steel into the realm of possibility. What else could we transmogrify from this metal? What other metals could we transform with the ability to manipulate an alloy on a nanoscale?

What if we really could penetrate the ‘brane to reach another universe? How many almost-like-us-but slightly different worlds are there? A few scientists are getting ready to detect particles that come from one of those theoretical worlds. Sure, a photon or a neutron isn’t a fully functional human body but hey! what if through manipulation of those particles, we could communicate with the other side?

We’re pretty sure, right now, that there are no bug-eyed aliens out there. Pretty sure. So, at the moment, your hard SF novel probably shouldn’t have aliens in it. But on the other hand, if you are writing the war of the future, who are you going to go to for snappy, relevant quotes and wisdom on how to fight (and win)? For one blogger, that man is not Sun Tzu, but Heinlein’s Starship Troopers.

Not so fast with that no aliens assertion. Where is all this unknown DNA in the NYC subway system coming from? For that matter, if you swab your nose, why is it that you will find a fair proportion of ‘dark matter genes’ up there?

We watched a video in my genetics class last week about  ‘breeding out disease,’ which purports to show the future in which an embryo’s genes could be rewritten, or at the very least, tested and culled before the child was allowed to develop into full life. What sort of future would we engineer for ourselves? As far as writing hard science, when it comes to genetics the sky is currently the limit. Especially when you have research professors who gleefully proclaim “I don’t care if it’s right or wrong, it’s cool!”

And here, in the softest, squishiest science of them all, we find an interesting study on, well, bias. “All of which raises the question, “To what extent is research on politicized topics in social psychology, psychology, and the social sciences distorted by political bias?”  Or, put differently, how much does political bias lead us to entirely unjustified and invalid conclusions?” And while we’re wading in the squishy (you are wearing tall boots, right? Rubber ones?) there is this to consider: what are the ramifications of the social science experiments people have been carrying out on themselves for the last six decades or so? “My mother’s feminist principles coloured every aspect of my life. As a little girl, I wasn’t even allowed to play with dolls or stuffed toys in case they brought out a maternal instinct. It was drummed into me that being a mother, raising children and running a home were a form of slavery. Having a career, travelling the world and being independent were what really mattered according to her.”

Oh, wait, where did that bowl of soup come from?

In summary, I wanted to say this. You don’t have to be a scientist to write Hard SF. You just need an active imagination, a   decent research skills, and . the internet. Which was also at one time, in a story. A Logic Named Joe, if I recall correctly.