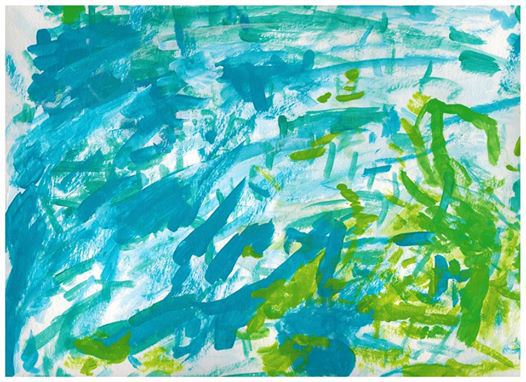 Seriously, people. As we see the usually flurry of post-Christmas articles about sales, and what is, or isn’t moving as fast as was predicted, I’m seeing more of the same. Ereaders didn’t sell as well as they did in 2013. Ergo, ebooks are a passing fad, and we can all return to our traditionally published print books now. Nothing to see here, move along, move along…

The other word? Tablets. Well, and phones, but really it’s the same thing. How many people do you know who now carry a smart phone? Of the two of us in this room, I have one, he doesn’t (He does have a Kindle he carries almost all the time). Now, that’s a small sample. Let’s go a little bigger. According to Pew, almost 60% of Americans have a smartphone. You know what you can do with your phone? You can read a book. Lots of books, in fact. I have dozens on my phone. I have even more on my tablet. You know what I don’t have? A Kindle.

So perhaps, just maybe, the decline in ereaders is not the same as a dip in ebooks. I’d hazard a guess to say that most who were going to take the plunge into a dedicated ereader have done so. But there are a lot more who carry a tablet, or a phone, and you can do more than just read with those. I’ve seen it myself, a quiet moment, waiting. Standing in line, at the bank, the mechanic’s… and out comes the phone or tablet. Sure, sometimes that is to text (which is reading, just not (usually) fiction) or play a game, but many times it is to read. I know it is for me. Not only fiction, either, this is often when I read blogs, or comments on the few blogs I find safe spaces to read under.

Something that not many have been paying attention to is the younger generation. According to PlayCollective, 93% of children ages 2-13 now read an ebook a week. Most of that is being done on tablets, where color illustrations for the younger set are appealing. So kids are comfortable with this technology. Are they going to suddenly lay it down and pick up a hardcover? Have you ever held a tablet, and then grabbed a big book? Feel the difference? And you can’t do anything with that book, except read.

I had the pleasure of introducing my sister to my android tablet this winter when I traveled out to Oregon. Juniper is a wonderful sister, and mentally, she’s about able to handle pre-school-level work. I wondered if she might like my tablet, with the touch screen and interactive apps. I don’t have a lot of games on my tablet, and the first thing I showed her, she wasn’t interested in. Then I put a drawing app on, and showed her how to fingerpaint. Oh! Her eyes lit up, and she had a blast learning how to change colors (brush sizes will wait) and doodling on the screen with no mess (she’s not a fan of messes). For the rest of my trip, she wanted to know if she could have a ‘gadget’ for her birthday. Mom and I talked about parental controls (there are many, I know, and if anyone has suggestions, please share!) and apps that she could handle. She’s not quite learned to read, but we think that apps for tracing letters and doing colors, shapes, that sort of thing will be good for her. I am planning on sending her a ‘gadget’ for her birthday, with a pink case (shh! It’s a secret 🙂 )

I digressed into that not only because I wanted to talk about my sister, but to point out that we’re only seeing the tip of the iceberg when it comes to computing, tablets, and phones. The world, it is changing. Kids know what they like, and they seem to like these ‘gadgets.’ They also seem to like ebooks, as we are seeing what one news site calls ” a vibrancy and quickness around publishing that can be directly linked to the arrival of the ebook.” Other articles praise the expediency and convenience of the ebook, and point out it doesn’t have to be one or the other. You can have both ebook and print book.

That trip I took ? I flew from Dayton to Chicago to Seattle to Redmond (OR) and then back through Seattle to New Jersey to Manchester (NH) to Philadelphia to Dayton (and home, thank goodness!) in a ten-day span, with  my laptop, camera and all lenses, pentablet, and the tablet. The only reason I carried most of that was delicate, expensive equipment I wanted to have my hands on at all times. What did I use? The tablet. The batteries last darn near eight hours, it’s easier to handle during a layover or on a plane in cramped seating than the laptop, and with it, I could read, surf the web (during layovers) and even play games (I have cool ones for learning Spanish and Physics).

I’m not saying you should run out and get a tablet. I am saying that before we predict that ebooks are dead, we’ve got to look reality squarely in the eye. Publishing is not what it was ten years ago. It isn’t what it was five years ago. Readers find books differently, read differently, and frankly, they don’t care who published that book they are enjoying. They’d just like to find more like it.

Can we predict what’s coming? Maybe. Maybe not… we can thumb our noses at those who would have us believe the numbers traditional publishing is flashing before our eyes, though. Kristine Kathryn Rusch, always a voice worth listening to on publishing, wrote something I highly recommend the authors take a look at. She says, “In other words, all of traditional publishing from the introduction of the returns system in the 1930s to the early part of this century was based on educated guesses by the sales department in consultation with editorial. Not based on actual numbers. Not based on real sales figures. Not based on any kind of fact-based system at all.”

Tomorrow, I’ll be writing. Part of the day, I’ll be out of the house. But you know what? When you all comment, I’ll be able to reply with my trusty smartphone. And have little flashbacks to the kids being small, and a certain handy-dandy notebook. Speaking of commenting, when I get Juniper’s ‘gadget’ does anyone have recommendations for apps that would be good? We also need to be able to lock her out of settings so she can’t get in and change stuff, she wouldn’t know what she was doing. As my mother said with fond exasperation, she’d pay good money for a DVD player with childproof settings!