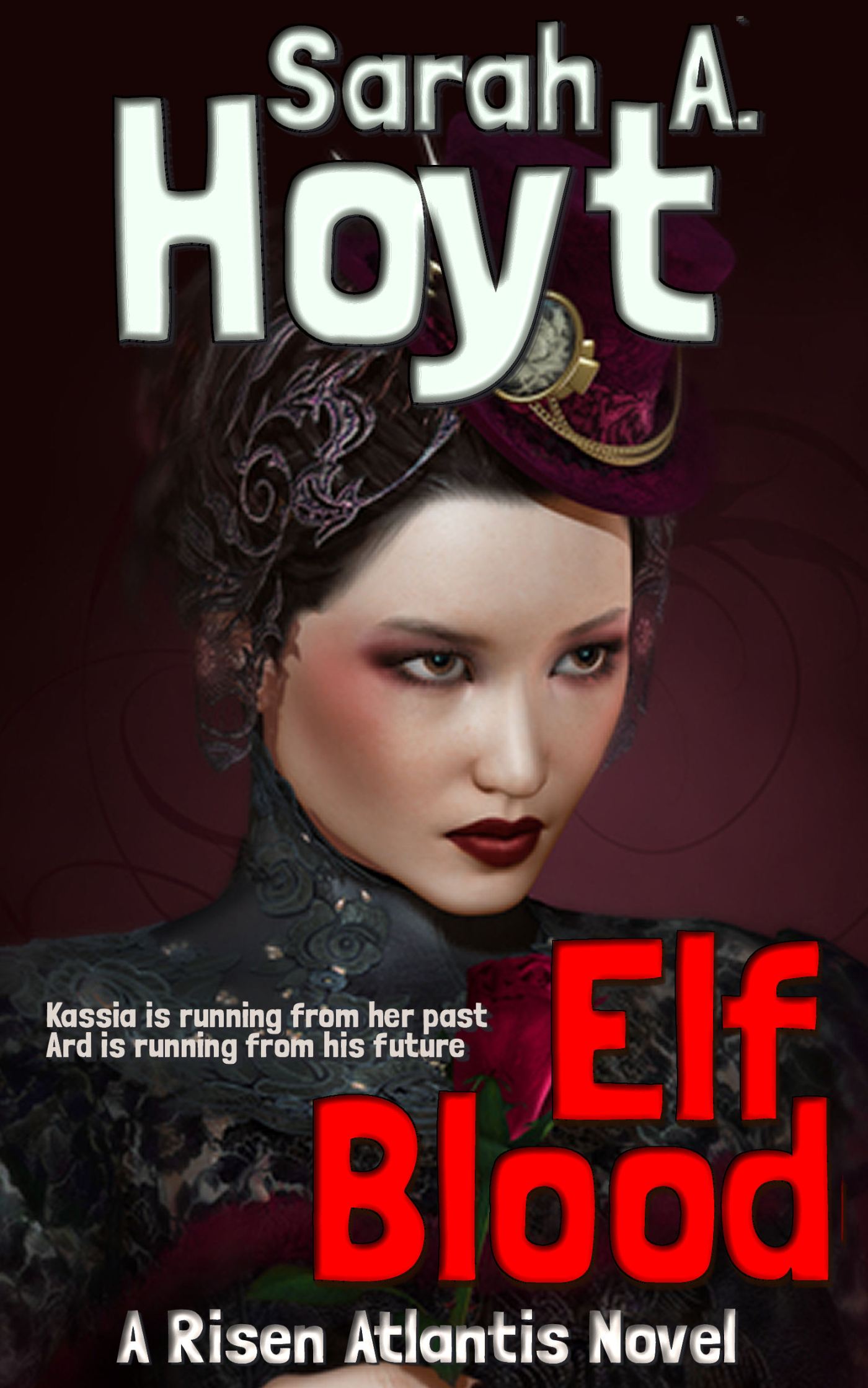 *I PROMISE to “race to the end” as soon as I dig out.  In other news, I’m REALLY trying to finish a novel this weekend, and my husband is TRYING to finish his space opera.* 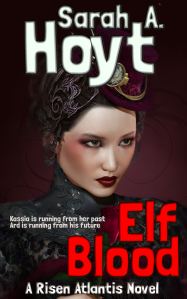 *You guys know we talked about doing a shared world.  We went with a whole continent so that Dave can have his jungle and I can have my big city with diners.  We’re working on a contract which we should have in a week or two (and yes, we’ll post it for your enlightenment although we haven’t decided yet if anyone not in the group can play.  OTOH if it’s very successful, we’ll inevitably enlarge it.  For now, here’s the eighth chapter of Elf Blood, book one of Risen Atlantis. And for now it is ©Sarah A. Hoyt 2014.  All rights reserved.  Do not copy, distribute or otherwise disseminate without the author’s name, and a link to this page.  You do not have the right to alter it.  You do not have the right to claim it as yours. For permission to do anything other than quote it for review or recommendation purposes, email Goldportpress@gmail.com. This is a work of fiction, all coincidence between it and real people place or events is assuredly imaginary.*

For previous chapters, see here.  There will be some missing, but you can find them by paging back.  I need a minion to keep an up to date compilation and send it to me every Saturday night.  If you’re good, you’ll get a t-shirt or something.*

“You are not whom I was calling,” I said, which must rank up there with the most stupid words ever spoken, right behind when George III is supposed to have said “Atlantis cannot have risen.” Or Napoleon, just before the English Magicians rolled him up, “Magic has never worked before.”

Okay, my words might not have had the same world-resonance, but they were stupid nonetheless. The policeman facing me smiled, and it occurred to me that while I didn’t know if he was half or full elf, but I knew for an absolute fact that he was a policeman. He was too tall, too slim, too perfectly shaped, too handsome, too unreal to be full human. And yet, even in a creature of mostly or halfway magic, the clothes of a plain clothes policeman managed to look wrong.

As I thought this, I realized that it was not so much that they were wrong, as they were… well… false. A policeman still has the bearing of policeman, no matter how cheap or how expensive his plain clothes are.

Policemen in plain clothes were like people going into the world in disguise, all the time, and not expecting to be noticed, even when their disguise was a big paste nose, two horsehair eyebrows and glasses with no lenses in them.

And then on the heels of that it occurred to me that I too had been going into the world in the sort of disguise that made me more noticeable than if I’d gone around under my own guise. The thing was I didn’t know it was a disguise. I’d been told Un’Uruh was half as powerful as elves but less than that, because Un’Uruh, unless acknowledged by their elf parent and given the privileges of a full elf – and how rare was that – could not draw power from the hill, and so had to make do with what they were, with the narrow confines they’d been born with. Not full elf, not full human, and with that despised. Which now that I thought about it, as an adult, made absolutely no sense. If that were the case, and my power smaller and more confined than both elf and human, why would both elf and humans despise and fear me?

I was standing in an alleyway beside a police station. Somewhere behind me there was a cat trying to court a female with the most annoying screeching seen this side of elf-opera, there was a much-too-handsome elf-or-part-elf policeman smiling at me in a disquieting way, and I was having an existential crisis. Which is the sort of thing that happens to me and only to me.

“Miss Smith, I presume?” the policeman said, with the sort of smile that implied he knew very well my name was quite different.

“And what are you, precisely?”

“You don’t expect my real name?”

“I don’t expect anything. What are you? Un’uruh or—” I stopped. I didn’t need to ask. When you’ve been called something you resent from your moment of consciousness, it’s impossible not to show the sting on your features, even when you’re an adult and in command of your own destiny. He showed the sting. “I see,” I said.

And suddenly his hand was on my chest. Not on my breasts, but just beneath them, and pushing me hard against the brick wall of the police station. He still looked beautiful, in the purely features sense, but all cool and suave demeanor was gone. His mouth contorted in a snarl, and he whispered, low and vicious, “You think you’ve discovered a new thing, Miss Smith. You think you are on top of the world. Well, let me tell you, your cute little trick is not new, and it won’t surprise anyone, and none of us who use our full powers want our cover blown. So you will learn to play the game, or we will end it for you.”