As writers we can’t get away from writing dialogue. My son is currently reading Dostoevsky and he showed me a passage he’d just read which was one paragraph that went on for pages. Of course that book was  written 150 years ago, but you only have to pick up a book from the nineteenth century to see how fiction writing has changed ‘gentle reader’. Along with that change in tone, comes the change in how much dialogue there is compared to narrative.

We expect to see lots of white space on the page. Because of movies and TV we readers expect to be part of fast paced conversations. We expect to get our story through conversation. I teach writing film treatment, script, storyboarding and animatic so I am always watching TV series and movies, analysing the structure of the story, characterisation, world building and pacing. I can’t help myself. I do it with books, too. It is the writer’s burden, to be unable to switch off the internal editor. In fact, if a movie or a book captures you to such an extent that you don’t notice the scaffolding, it’s a joy!

Dialogue needs to do many things. It needs to:

That’s a simple one. We can all think of instances where the author uses dialogue to reveal information vital to the unfolding plot. A mystery will have the protagonist (usually first-person narrative) questioning people to unravel the mystery.

This one is a bit harder because you can’t have the protagonist saying something to another character that they both know. Yet, you may need to convey this specific information to the reader. You could have the two characters arguing – ‘No, it didn’t happen this way. You’ve got it wrong’. Or, you could do what I call The 13th Warrior Ploy – you introduce a protagonist who doesn’t know the back-story/society and another character has to explain what’s going on. We’ve all been in that position, starting a new job, needing to pick up information really quickly. This is handled really well in the movie The 13th Warrior, when Antonio Banderas plays an ambassador sent to the north who falls in with a group of Vikings.

Reveal character – through how the protagonist speaks, through what they say and via the reactions of the other characters to them.

Obviously there are dialogue quirks we associate with certain characters. They could be well educated and pedantic. They could have an accent – this needs to be handled well. Rather than trying to write phonetically,  use one or two words and try to capture the rhythm of their speech.

What the character says reveals their world view. Someone who grew up on the bottom rungs of society might have a chip on their shoulder and immediately assume that everyone else is out to trick them. How other people react to that person reveals their character. Much of dialogue is action and reaction. Action – needing to impart information. Reaction – reacting to an event or other dialogue.

Increase tension – through the obvious imparting of information (Flash we only have 12 hours to save the earth!), through mis-information (Sure, you can trust me), and through silences. 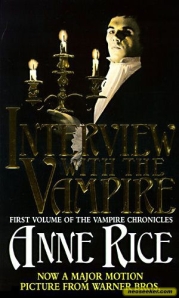 Silences may sound like a funny thing to include in dialogue but they are very powerful. In film a silence is really obvious and it creates a mystery or a sense of immanence, of information about to be imparted.

In a book it is less easy to create that tension of silence because we are living in the internal world of the character and their thoughts carry us along. So, if there is a silence, we often get the character’s thoughts as they anticipate what the other person is going to say or analyse what is going on. One author who did silences really well was Anne Rice in Interview with the Vampire. Towards the end I can remember feeling a rising tension because  the other character because wasn’t communicating. There was the sense of things left unsaid. 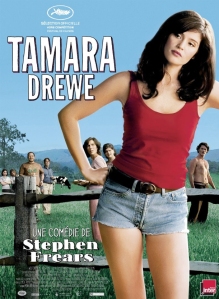 Coming back to mis-information or subtext. I like it when a conversation carries layers. There’s the obvious layer of what is being said and there’s the deeper layer. One line that springs to mind comes from a recent movie, Tamara Drewe. It was a romantic comedy, written by a woman and tells the story of three women of different ages. The eldest was a woman in her forties, played by Tamsin Greig. She is married to an author and runs a writer’s retreat. (I particularly liked the portrayal of authors – very amusing). Her husband is a philanderer, and a reasonably successful mystery writer.  She spends all her time running the hobby farm, catering to the visiting writers and acting as his secretary, while he gallivants off to festivals (and has affairs). You need all this back-story to get the layers to the dialogue. Early in the movie she discovers the chicken shed’s foundations are rotting and she gets really angry. She’s trying to fix it while muttering – ‘It’s all rotten underneath’. Sure, she’s talking about the shed, but she’s also talking about her marriage and her anger springs from that. It’s a really nice piece of characterisation.

Most importantly, dialogue should do more than one thing.

So take a look at dialogue in books you enjoy and in TV series and movies. How many levels is the dialogue working on? Can you think of a writer who does really good dialogue?