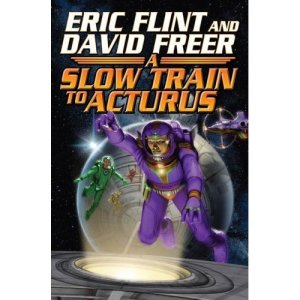 The subject of sex ratios of college entrants came up on a list I participate in. (For anyone who didn’t know: sex ratios entering college having historically been skewed toward males, have from IIRC 1991 (US) and 1992 (UK) gradually become more female than male. There was quite a good UK government research paper showing this is directly related to school results). Now obviously (you’d think) reading and tertiary education — or at least the potential to take part in it — are strongly correlated. And of course reading and education have so many added benefits beyond the obvious, that for any society both are a huge benefit. The various sides of the discussion ranged from those who were proposing ways to alter the situation (both male and female) to a couple of women who where finding every possible rationalisation why the status quo was just fine (or possibly despite the figures, the situation didn’t exist). The discussion moved on to why there were so many male participants in Physics and Computer Science, and the deliberate exclusion of women. Once again the discussion’s sides ranged from those who looked for ways to increase participation (both male and female) to one male who defended the status quo.
Now I was lucky enough back at University to have a very Germanic Professor of Ichthyology. Tom believed all nice boys should be ichthyologists. He believed all nice girls should be ichthyologists. Actually he believed that the not nice ones too could instantly become nice if they wanted to study fish. If you could show him that you loved fish he would move heaven and earth and indeed even the apartheid government for you. Yet he was not capable — outside of insisting you loved fish — of showing any favoritism. The subject was what mattered not your skin color or sex. It was all about FISH. He taught us a lot outside of fish, all the same. (The other valuable life lesson was to take your trousers right off if you go into the bushes in wild country to relieve yourself. When pursued by a hippo or black mamba who happens to be in the same bushes, running with them around your ankles is a serious impediment. Better trouserless than dead)
Back in the bad old days of apartheid you could tell very precisely what a white south African’s level of education (and hence job security) by what their attitude to maintaining white privilege was. Professionals wanted it to go. The ‘got the job because I’m white’ foreman would find you a hundred examples of why black people were inferior and maintaining the status quo was all that stood between civilization and barbarism. Seventeen years on you see the same with affirmative action. Of course, both now and then, some people rise above this, look at the bigger picture, or… are just good people. You can guarantee the ones fighting for the status quo to be maintained are the those who feel threatened (or their ideals or friends threatened, knowing they stand on fragile ground). The rest, well, they’re willing to accept or even foster a challenge to that status quo. (BTW this most certainly not a Liberal/Conservative in the political sense split. You will find altruists who are conservative politically and plenty of protectionist status quo-ers who come from political left. And vice versa of course. It’s about self-confidence and, indeed, selfishness, rather than ideology.)
I have found this applies very strongly to writing. I’ve met a few of the kind who are self-centred and insecure and try to put you down or discourage you. And then there are the others. People who put the love of what they do first. I was lucky enough to have my first ventures into the US (via the Internet) met by the latter (after my brush – by post – with the former in the UK (yes, UK publishing is still on my shit-list)) to run into Eric Flint. At that stage Eric was not a long way above me on the writing tree (he was poised for a big leap) but he was anything but protectionist and worried about his status quo. He gave hugely of his time and attention to get me going. I’ve tried to do the same with a bunch of others (you simply can’t do for everyone – but you can be supportive). The story repeats itself through many different authors. And occasionally of course you meet the other kind. Don’t be put off by them. Writing is hard. Getting published harder. But… if someone like me can do it, you can too. And if you need a motivation when your turn comes around to pay forward: besides the satisfaction of pushing forward the writing which you love, you’re showing you’re not a loser.
Oh, and always remember to take your trousers right off, if you might have to run for it.