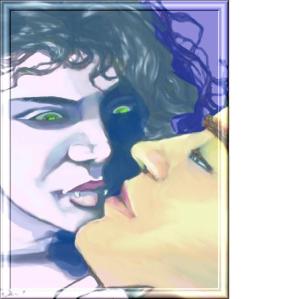 That brings me on to the Annual ‘Bad Sex in Fiction’ award given this year at the In & Out Club in London. The award was established sixteen years ago by Auberon Waugh to ‘gently dissuade authors from writing unconvincing, perfunctory, embarrassing or redundant passages of a sexual nature in otherwise sound literary novels. Former winners include Norman Mailer, Sebastian Faulks and Tom Wolfe.

Nominations this year included ‘All in the Mind’ by Blair’s odious spin-doctor Alistair Campbell – the man who turned lying into an art form – and work by Isabel Fonseca, Brazilian writer Paulo Coelho and James Buchan.

It was a tight contest this year but the following lines secured the coveted ‘plaster foot’:

“I find myself gripping his ears and tugging at the locks curling over them, beside myself, and a strange animal noise escapes from me as the mounting, Wagnerian crescendo overtakes me.
“I really do hope at this point that all the Spodders are, as requested, attending the meeting about slug clearance…”

The winner was Rachel Johnson, sister of London Mayor Boris Johnson, for her novel ‘Shire Hell’.