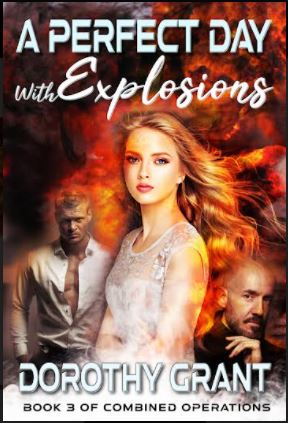 “AJ?” Jenna’s voice was a welcome distraction as he was chasing the numbers through the analysis, trying to reduce the mess of the last trip downrange to a neat report. AJ put his system in standby, just in case there were any bad actors near or on the comm system.

“Yes, love?” He worked to put a smile in his voice for her. She knew it was there; it always was, making his heart smile at the thought of her. He tried anyway, because she deserved the effort. “Did you change your mind on what you want me to pick up for dinner?”

“No! Well, yes, but..” She dissolved into laughter, free and easy as his own emotions never were. “Noodles still sound great, but you’ll need to pick up another order. Crane is over for a visit.”

That made AJ pause, wondering. The spider never left his web unless he was hunting… “What beer does he want? I’m running low.”

She asked, and he heard Crane’s voice in the background. AJ’s inskin was long used to bad communications, and filtering and boosting to hear everything clearly came automatically whether he wanted it or not. “Just tea for me. Later, there’ll be time for that. Best he stock up now, with whatever he prefers.”

Ever so innocent, his lovely lady only picked up the part relevant to the shopping list. “Get whatever you prefer!”

AJ, on the other hand, stared at the wall, running through the many options of why Crane would still be on duty, and at his door. None of them were good. “Do I need to drop everything and come home right now?”

Crane knew AJ could hear him, and replied, “No. You’ll want to wrap up everything first. I’ll wait.”

13 thoughts on “This wasn’t supposed to happen.”