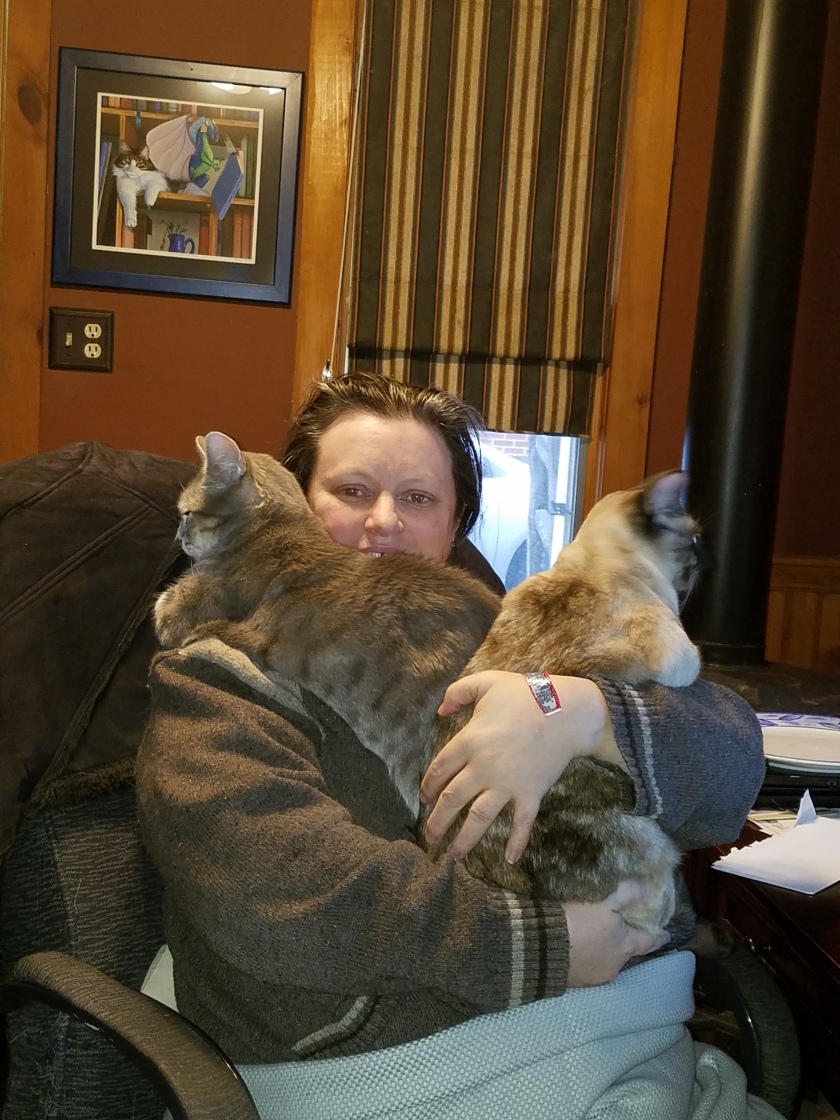 Or at least what passes for one in this house.

Let’s see, we’ve had two work-related minor crises for me, one work-related minor crisis for The Husband. One “team building exercise” successfully avoided for The Husband. Frequent cases of the fuzzy air raid siren (otherwise known as Her Royal Highness Princess Buttercup) informing anyone within earshot that her food bowls are empty and the world is going to end. Equally frequent cases of the Dread Kitteh Westley transforming himself into a feline jumping bean because he wants something – he’s not quite sure what it is he wants, but he’s going to keep jumping up and down and trying to grab my arm until he gets it, damn it.

Yes, this is a more or less quiet week. Minor crises can be dealt with, especially work-related ones. There are procedures and – horrors! – protocols (I think someone up the command chain may be addicted to protocols), and as long as we peons follow the documented procedures and protocols we’re pretty much okay no matter how bad whatever it is happens to be.

Honestly, the biggest issue I’ve had was a rather nasty weather-related headache. For whatever the reason, until the rain from the remnants of the tropical depression came through I had a nasty headache that refused to shift itself. I can only assume that the changing air pressure that came with the rain set me off.

So those who know me know that I get headaches. A lot. I had a nasty bout of viral meningitis when I was 7 (it was the year I managed to catch every communicable disease known to humanity, or at least it felt like it at the time), which I mostly remember as two weeks of misery with the worst headache in existence – so bad that when I needed the loo I wrapped a pillow around my head to kind of cushion it.

Ever since, if anything is going wrong, my first warning sign is – you guessed it – a headache. I catch a cold, I get a headache. Sinuses are playing up, headache. I’ve got an ingrown toenail, headache (I’m actually not exaggerating). Of course stress and assorted other things play into the mess as well. Is it any wonder I’ve been known to complain about there not being a lemon law for bodies? Because if there was you can guarantee I’d be wanting to exchange mine for a working model.

We won’t even go into the issues with balance and dizziness that have followed the headaches like a bad smell (I have issues with those, too. For whatever the reason, despite the chronic sinus issues, I’ve got a tendency to have… problems when things don’t smell right. Apparently the sniffer insists on working even when I’d rather it didn’t).

Bizarrely enough, weird medical issues seem to go hand in hand with being, well… us. Odds. It seems like being unusual in one part of the mental spectrum leads to a whole bunch of unusual in other parts as well as in the purely physical – which shouldn’t really be much of a surprise, given that the entire creaky entity is run from that messy conglomeration of nerve tissue and biochemistry floating inside the skull.

So yeah. I shall now wrap up this post, tie a metaphorical bow on it, locate a cat picture I haven’t posted a dozen times before (it’s an older one, of Buttercup and the much-missed Baby-cat both insisting they wanted to be cuddled), then head for my bed. When the post goes live Thursday morning I will hopefully be much refreshed and happy.