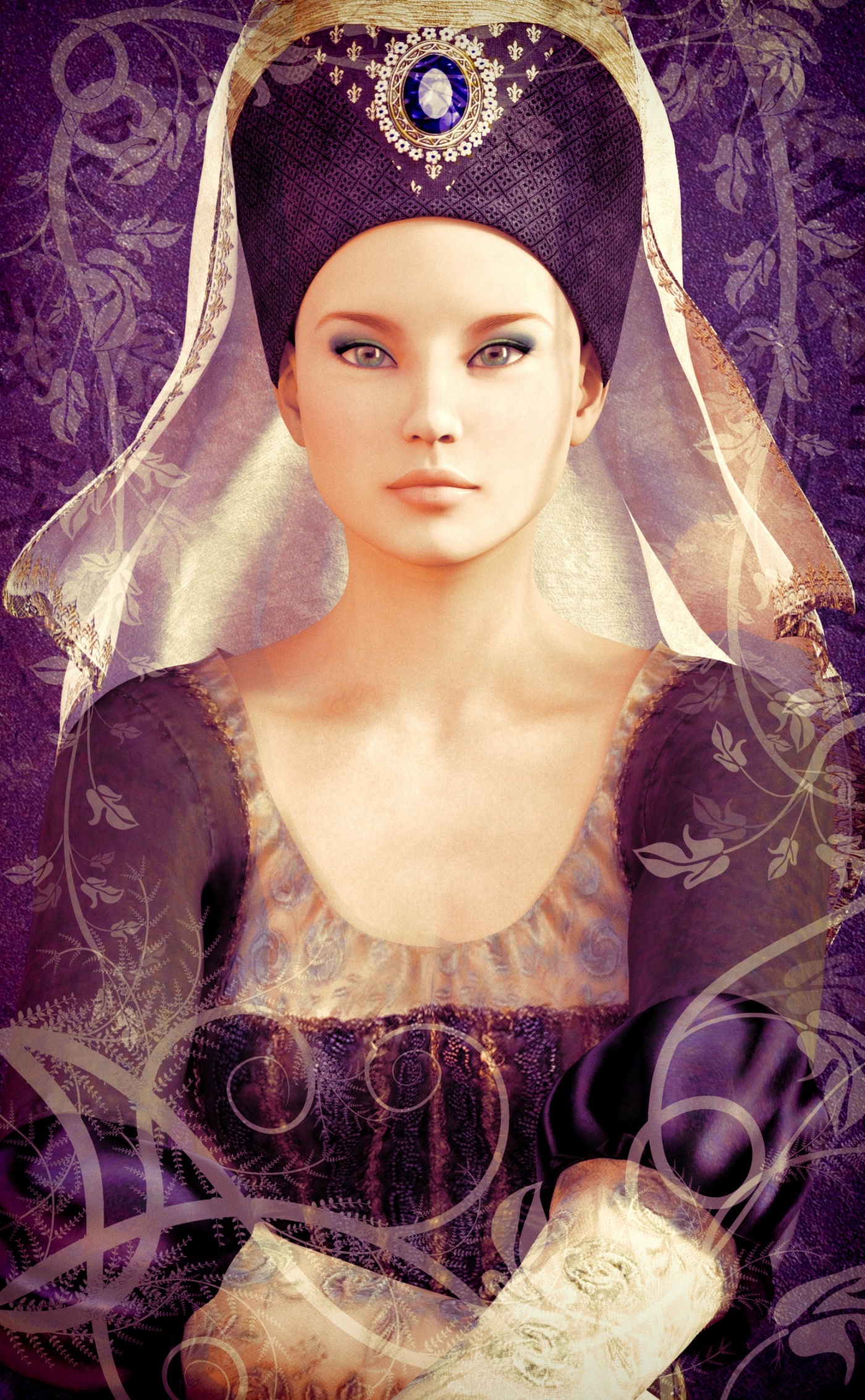 Sure, of course, you can tell me that it’s my current choice of reading, mostly because when I’m depressed I read MOSTLY Jane Austen Fanfic. (Low emotional involvement and I can jump around in it without missing anything essential.) It’s sort of the emotional equivalent of eating marshmallows: vaguely sweet, not really any flavor of note, and sort of pillowy.

In my defense, I’ve also been so busy that I kind of only read when I’m ready to go to bed, and heaven knows the last thing I want to do as I hit the pillow is start on some riveting book.

This is not, however, the only thing I read. It’s just what I read when I am spending the day writing or editing and at night just want to scratch the reading itch before collapsing.

Other things I’ve read recently include historical mysteries, space opera, and cozies. I’ve also second hand read a bunch of very strange romances, some of them with time travel.

Second hand reading is like second hand smoke. And here I need to explain Dan’s own hierarchy of stress, which is kind of weird for someone not familiar with it. When he’s not stressed, he reads space opera, or thrillers. When he’s stressed he reads the world’s stupidest romances. I can’t really judge, I know, because, well, I read fanfic, and below that there’s comics, and below that there’s true crime. And when I hit true crime it’s a clue I’m actively suicidal, so I usually try to pull up, though about a year ago I spent three months stuck in true crime. No, it wasn’t good.

However, the problem is not that he reads the world’s stupidest romances. It’s that he can’t help sharing. And I don’t mean the good parts. He usually shares the parts that either confuse him because he can’t figure out what the writer is doing, or the parts that he’s going “Did I miss something? is this person crazy?”

Spoiler: he usually didn’t miss something.

Oh, I do have a legitimate beef with the stuff he reads. Since we live in the same house and we both read from KU, kindle has decided I really really want to read the same stuff he reads. And if I get one more “The mean boss fell in love with me” (What is it with women and assholes? It really makes me question my “assigned gender” ahem. Masculine is not the same as rampaging asshole, y’all.) Or “The billionaire cowboy’s secret bride’s baby” add on my kindle, someone is going to die. Probably whoever decided it’s a good idea to give me those adds.

And while I’m at it, can y’all stop with the paranormal cozies? I have nothing against Urban Fantasy and I have nothing against cozy — Agatha Christie style — mysteries, but bringing them together and lumping them under MYSTERY drives me nuts, because usually the magic is a work around so that there is no mystery solving and ARGH.

Okay, that’s all. All better now.

This post is not about any of that, anyway. What this post is about is about the rampant, bizarre, insane ignorance of the eras these people are actually writing in.

Sure, I do get it that what’s important is the romance or fanfic or whatever, but dudes (and dudettes) seriously?

I’m not even going to kick at the fact most of the history we get is “history as derived from TV and movies.” No. I’m not going to kick because that’s a battle I lost long ago.

No, Mary Queen of Scotts should not be played by a black person. And no, I don’t care how inclusive they want to make this. It wouldn’t be all right for Shaka Zulu to be played by a blond, and it’s not okay for a white queen to be played by a black person. Because that’s not how any of this works. Real people existed, and they had a look. Also, in either situation, the reversed race just couldn’t and wouldn’t happen in the past and to pretend otherwise is not just insane but evil, as it’s a version of destroying statues and erasing history and making everything into the ever present now.

And of course, what’s wrong with that is that history is how we got here. Things happened for a reason. If there was no past, then there is no reason for anything to happen the way it does now. And we don’t know what results things done in the past had.

I.e. Heinlein’s dictum of “A generation that doesn’t know history has no past, and no future” is absolutely correct. Because if you don’t know what happened before, you don’t know how things changed, or why. And you don’t know what’s likely to result from today’s movements and actions. Oh, you might also imagine yourself much better than your ancestors, when you aren’t. Which I suppose is the attraction of the whole thing.

Weirdly the Jane Austen fanfic sins are slightly less evil. As in, most of it is word choice, and sometimes minor slips, like not realizing that yes, there was a strict class system in England at the time.

Oh, the occasional exquisitely educated fanfic writer feels the need to have a black character whom only Lizzy understands, because she’s the only non-racist of the time. (Rolls eyes.) I know they’re exquisitely educated, because they tell me. And usually I roll my eyes so hard I can’t finish reading that story.

Then there is the more common one with the “dark satanic mills” where people get sent as a punishment because house service was JUST so much better (18 hours of menial work…. never mind.) It’s stupid and completely ignores the true history of industrialization, but they’ve been sold this lie by everyone from Dickens to their teachers, so what can you do? Oh, yeah, read another story. Fortunately there are enough writers not obsessed with “social preaching” problems in fanfic. (Kind of like social diseases but less acceptable.)

But the historic mysteries…. Okay, seriously, people. I keep running into this one. No, a monk or even a very religious person from the 10th century wouldn’t think that being a heretic was okay and it was mean to kill them. They thought of religious heresy as a contagion, and the longer this person was alive (or at liberty) the more it would spread, and kill souls eternally. I.e. people in the 10th century did not cosplay at religion. They really, really, really believed it.

Sure, I’m sure there were people who didn’t. But you know what, it didn’t mean the “clever” people didn’t really believe it. And religious tolerance is not a thing humanity is prone to, anyway. We have centuries of wars to prove that. And no, it wasn’t just an excuse. Just as it isn’t an excuse for Islamic terrorists now. They really really believe, okay? If you don’t it doesn’t make you superior. It makes you have a different model of the world in your head.

As cancel culture and branch Covidians prove, we’re really not immune to fanaticism and the idea of mental contagion.

So, stop preening, and if you’re going to write a 10th century person, write him or her AUTHENTICALLY. Or set it in space, and you an have your super woke monk or whatever. Okay? Also, I won’t yell out swear words in the middle of the night when I go to bed, and wake my poor husband.

However, taking the cake is the woman who described someone going back in the past…. to the 80s — this was a second hand read, but husband kept reading me paragraphs, because he was sure he was missing something — only the 80s are really like the fifties in movies. I mean, everyone was super-prudish, all the women were housewives, and this woman kept talking about leggings, until it hit us what she actually meant were stockings. Oh, and hobble skirts. In the eighties. (Okay, I wore them. but I liked 30s style clothing and could talk mom into either making it or having it made. I guess I was fairly insane. Sue me.)

Look, people, people who were alive in the eighties aren’t that old. Yes, I know, there is a cringe effect to knowing your parents had sex. At least there is, if the ones I’ve called senile delinquents since they were in their forties, were a little more circumspect and if they didn’t have this special giggle they did when they were getting amorous, which was my cue to shut my bedroom door and push the eiderdown into the crack underneath, so as to spare my virgin ears. For me, by the age of sixteen, it was called “day ending in y.” (And I suppose that’s good for them, etc. but REALLY. the house was not well insulated.)

BUT my generation — alas — wasn’t particularly prudish. Hint, when I told people I was getting married, they assumed it was because I was pregnant, because they wouldn’t even consider getting married otherwise. And though I was a stick in the mud (like most people overly interested in words, I found sex much more interesting as a mental exercise, until I found someone I could trust, and I married that guy) I was privy to the confidences of my family members and classmates, and let’s say that outside some rare and very religious communities, you really aren’t going to find anyone completely ignorant about sex in the eighties. For heaven’s sake, don’t you people watch the movies of that time?

Heck, in many ways we were way less prudish than now, because none of us was going to be too scared of the male gaze (what the hell do you think the hobble skirt and fishnet stockings I wore were for?) or swooning because some guy said something untoward. We were made of more robust stuff.

I guess the fragile flowers of now want to pretend they’re heroines of liberation, by pretending that everyone in the past was so prudish they really didn’t know about sex. Oh, and women were males’ property, yadda yadda yadda.

Honeychild! We were going to clubs and dancing all night and being completely unafraid of male gaze. And if the word microaggressions had been invented, we’d have laughed at it. Hell, we’re laughing at it now.

The purpose of fiction is to inhabit someone else’s head for a while. Not to stay locked in your own, with your hands over your years, screaming “Lalalalalalala” and thinking this makes you transgressive or important.

Until you understand that other cultures, past or foreign are actually different, and that other people think and feel in ways different than you do — though some of them just as valid, others…. kill it with fire — you are not equipped to make moral judgements.

And you’ll continue screaming and hating anything that’s different, truly different, and denying its existence by flattening the past and thinking all other cultures are exactly like ours, with different clothes, interesting dances and exotic food.

All of which unfortunately can kill you.

As is explained by Agatha Christie in Murder in Retrospect, children don’t really understand the subtle emotions. It’s all vivid and immediate love and hate.

And in your case, dear children, all of this is played against the flat landscape of a world in which all the “good people” think exactly as you do, naturally.

Because you’re the epitome and pinnacle of creation.

Which I guess means you also take your religion seriously. And see your god every morning when you look in the mirror.