I was fascinated to come across an article at the BBC’s Web site describing how the first drafts of famous books reveal the development of their authors’ ideas, and also how those ideas were changed to fit contemporary sensibilities and sensitivities.  The article was apparently inspired by a firm in Paris, SP Books, which publishes facsimiles of manuscripts and other important historical documents (including, for example, Shakespeare’s last will and testament, the original manuscript of the French national anthem ‘La Marsellaise’, and the music, handwritten by Mozart, for the overture of his opera Don Giovanni, reputedly written the night before the dress rehearsal.

As an example, here’s a couple of pages from Marcel Proust‘s manuscript of ‘In Search of Lost Time‘. 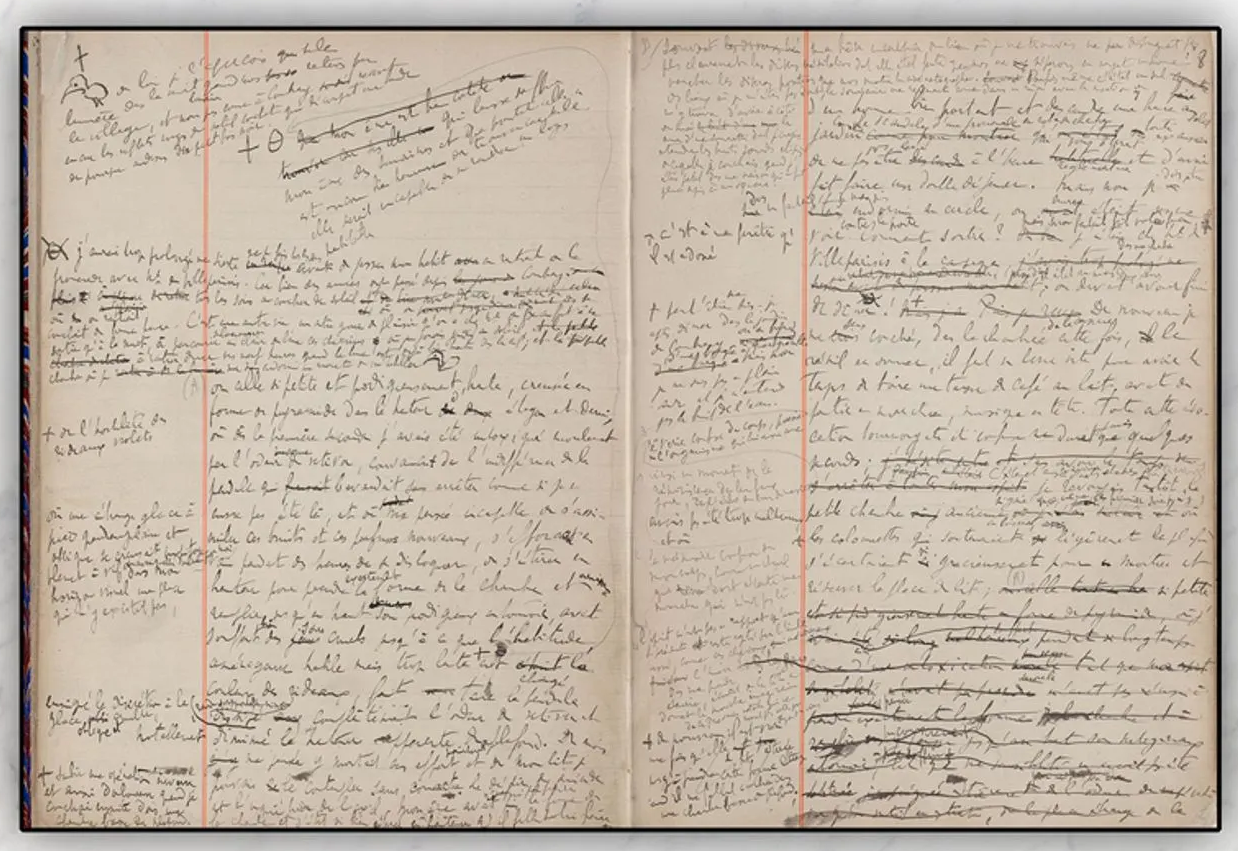 The manuscripts of literary works-in-progress fascinate on many levels, from the flush-faced thrill of spying on something intensely private and the visceral delight of knowing that a legendary author’s hand rested on the paper before you, to the light that such early drafts shed on authorial methodology and intent. Sometimes, the very essence of what a writer is trying to express seems to hover tantalisingly in the gap between a word deleted and another added in its place.

Elsewhere, discombobulating differences can inspire in the reader fresh takes on even the most well-thumbed texts. Openings and endings turn out to have been quite different in their earliest renderings, and beloved characters are to be found taking their first steps bearing very different names. For instance, Gone with the Wind’s Scarlett O’Hara was originally called Pansy, Arthur Conan Doyle’s deerstalker-wearing detective answered to Sherrinford Hope, and The Great Gatsby’s Daisy and Nick were Ada and Dud.

There’s more at the link.

Of course, as writers we’ve all experienced something of the sort: but it’s interesting to see how great literary figures of the past also did so, and how their work changed and developed as it was written. It’s somehow comforting to know that we’re dithering in good company!