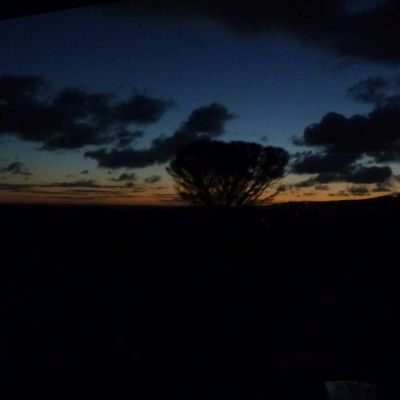 Someone made a comment the other day –at a picture of a flooded road on the island – about what on earth persuaded me ‘at my time of life’ to go and live on ass end of nowhere, and to try and hack a living and a home out of the raw bush with very limited funds – a task I am unlikely to finish before I die.

I was very amused.

It is a big job. I keep making it bigger, taking on more. Way too much for one small guy. I could, indeed use a lot more money – it wouldn’t change my hacking a living and a home out of the raw bush, or choosing to live on the ass end of nowhere. I’d just have more tools and bigger goals.  This is essentially, what I am.  If I physically can, I’ll die in harness. If I can no longer do, I’ll write while I can. I don’t expect everyone to be what I am. I am content to let them choose their life path, just leave me to choose mine.   As the song says:

Yeah, but not for me.” (Climax Blues Band, Mole on the Dole)

It does chew up writing time. But then, if the guy doing the writing chose – or had no choice but to live in suburbia or in an apartment in the inner city… he could probably make more money or at least write more books.  But the guy making those choices would not be the same guy I am so the books would be a bit different.

We’re incredibly lucky that so many of us have so many choices. It’s a luck I hope continues, and is in large part the product of blood and toil by our ancestors.  I mean, this is quite a new and recent thing for a lot of our species.  The choices earlier generations had were often far more stark, and a lot less pleasant. Work or starve. Flee or be killed. Obey or be beaten.  A lot of people – despite what is on offer as potentials, just follow along sheepishly with choices others make for them. The kid trotting off to play Antifa rioting, odds are he or she are upper middle class, white, supported by someone else (you can’t spend all night rioting and have money for a the right black clothes etc. if you have a 9-5 job that takes having your brains switched on – or even being awake. They’re there because of the choices mumsy made. I hope it works out appropriately for them and mumsy. History suggests that mostly useful idiots think they will be in charge, and end up in mass graves – by the hand of their own side.

Of course: being a writer is really about choices. I mean… besides the choice to do something most consider sensible and probably more lucrative with your life.  Or the choice of trying to please a traditional publishing editor in NYC or trying to please readers (largely a divergent choice as the former are increasingly isolated from the tastes and interests of most readers. Pick one.)  What I actually mean is within the actual pages. Yes, if it’s formulaic (ie you’re selling to Trad Pub, NYC, with count-the-tokens approved minorities and approved politics or latest sexual fashion du jour, prescribed with the same villains as usual.) less choices… but still a few. For the rest of us, it is choices all the way down. And, the honest truth is: a story often requires that those be ‘bad’ or ‘possibly bad’ choices. Character sees someone getting assaulted. They are unarmed, untrained and outnumbered. Phones cops and does not attempt to intervene, gets the hell out… might be a wise choice. But it’s not going to make much of a story, a lot of the time. Bad choice: in reality probably ends badly… but as a story start, doesn’t.

Of course it helps to make it convincing (and entertaining for the reader) if like me you are very experienced at making at least ‘possibly bad’ choices (look, as a rock-climber, often anything but not leaving the ground was ‘possibly bad’, to sometimes ‘probably bad’. You do get more used to assessing and mitigating risks – or you wind up dead. That can still happen.)

It makes writing books – at least in the first third when the choices tend to be very wide open, a very difficult time for me anyway. I tend have to play each choice through (and the choices running from that) to work out just what probable knock-ons that will have.

Anyway: circuitously – I have this theory that if it was not for the kind of idiots – like me —  who will go out into that wild piece of bush at the ass end of nowhere (here, on Mars or Alpha Centauri) instead of staying in the warm certainty of suburbia and a neat channel of life… humans would still be back in a cave in Africa, or, more likely, extinct. And the choices we would have, would be few.

I’d rather read stories about the people who make those kind of choices.

The picture is of the view at the end of the day, out over the bay from my office. Partly why I hacked out a home from the wilderness here at the ass end of nowhere. I like being here.  I might ‘live in a hole’ but I had thin-sliced smoked wallaby on home-made bread, a plate of venison stew and cape gooseberry clafoutis and manuka honey for our evening meal. I had to buy the flour.