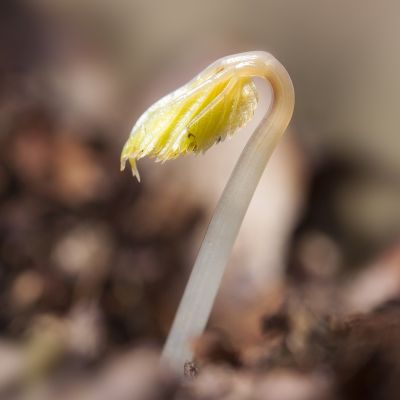 Doing this right, in real life and in books, is something most of are not much good at. Real life: you see this cute/attractive/handsome individual and you’d rather fancy meeting them.

Most of us are really expert at making that a very short meeting. Okay, so maybe I speak merely for myself: but the more interested I was, the less well I did. When I didn’t give a damn I got on just fine.  The more I wanted to make a good impression… the more likely the encounter was to be one of the other person retreating rapidly. Not always screaming in horror, no.

Look, I really thought she’d be impressed at being given a live octopus.

Even if you manage not to send them into screaming retreat… that first impression very often determines whether they’ll cross the road just as you approach, to the squealing of brakes and honking of horns, or actually meet you and talk to you. You can still decide they’re boring or weird, or smell of elderberries, and vice versa, but without that first impression you don’t even get that chance, let alone the possibility of the relationship flourishing.

Books suffer from a similar problem… well, authors do, as books themselves are apparently care-for-nobodies, and don’t mind if no one ever looks at the cover, picks them up, reads the blurb, and then looks at the first page.  Authors really get upset if their books don’t even get a second glance, let alone the opportunity for the reader to get into them.  Now of course if you’re trad published there’s not a lot you can do about that cover, or probably the blurb. If you’re going indy, you can remember a few things that new authors still get wrong (hell, long established authors get wrong).

Firstly: Your cover is not there to represent what happens in your book except possibly as an ancillary.  It’s to get the reader to pick the book up from the others on display. That’s why if the author is a known and popular author… his NAME is emphasized. Sometimes supersized.

Secondly: there is a lot more messaging in the cover, and the text on it that ‘it’s a pretty picture’. It helps to identify the genre and type of book in that genre.  And, trust me on this, readers don’t like shock value any more than little girls like suddenly having a live octopus dropped into their hands.  There ARE exceptions, but unless you want to only sell to exceptions… give the right signals.  You want your book to stand out… but not to be the kid in a ‘Frozen’ costume, at a Harry Potter party.

Blurbs: It’s not a summary. Once again, you’re telling the reader what kind of book it is. Because, really, the last thing you need is to send the wrong signals. People get ANGRY and nasty especially if they have spent money buying what they though was what they wanted to read and find it really, really isn’t. Kind of like the reaction of the girl taking the robust macho lumberjack home… to find out that actually he’s the Monty Python Lumberjack, complete with suspenders… What you’re also doing is teasing a bit. Giving them a reason to open that book. The right reason. Not the nasty surprise.

Now… they open the book at page one : Here is where it gets hard. If you can hold them to the end of page one… you’ve probably got a sale. And seriously, once people are invested in a book, they are usually more forgiving. Now: if this is your twentieth book and you have a towering reputation for providing a good read of the kind the reader likes… that first page is something the reader takes on trust, even if they’re not hooked in. They’ll give that known quantity several pages at least.  The downside is we – less well-known authors – tend to take these guys and their books as our role models.  Repeat after me: they are not. You – and me – have to catch the reader’s interest and engage their curiosity and if possible get them to care about our character and what happens to them… on the first page. And to get that far we have to get them to read the first paragraph, and be curious or interested enough to read the second. The further down that page you get them to go, the longer they’ll grant you to give them what they want. You want them to read your book: you give them what they want – or a promise of the probability thereof, not what YOU want. There might be a little chance for that later. It’s not all that different to Jane meets Joe illustration I started this piece with. After all human relationships have been with us since not long after we figured out banging the rocks together. It shapes a lot of things…

But not quite the same as real life and meeting a person… because a book has that safe distance. It’s not going to grab you with that suckered tentacle, or even squirt ink at you.  So: in real life if someone’s opening phrase was “I have a forty-four gallon drum of scented lubricant,” in most cases the person being addressed would sensibly discover an immediate need to be in the next county or maybe the next one from that, if not further away.

The key being some element that makes the book stand out. A shock perhaps – but the purpose is to introduce the characters, and if possible, get them to care.  And then it fills in some details about the setting – but by showing the reader through the eyes of our characters and their conversation… not by telling the reader. Stephen King can tell the reader. You and I cannot. We have to feed that setting and background in, and keep the titillation up.  I know: as an author it makes the story so much easier to tell if you can explain the background for the first thirty pages.

Get over it. Unless you want people to put that book down, those first pages are going to have to work really hard.

Yes. I am writing that story. You want to read it, don’t you?

Image by Thanks for your Like • donations welcome from Pixabay