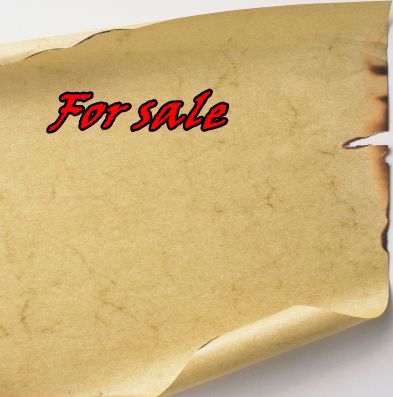 ‘The doer and the thinker, no allowance for the other, As the failing light illuminates the mercenary’s creed.’ Jethro Tull, Thick as a brick

It’s tough bein’ yer workin’ thinker these days (to misquote the Hitchhiker’s guide) because interest in paying you for it has suddenly become tepid.  But frankly yer working thinker has always had to be a mercenary bloke. It’s that or very hungry.  Back in the days yore (which are earlier than the days of ‘you’re’, and a lot earlier than the days of ‘your’ yer working thinker who also wrote books about what they did their thinking about had a rich patron, who liked their thinking, or at least the thinking they put into books to please the patron.  Somewhere down the line it became possible to have the public as your patron and, mercenary blokes that those thinkers were, write their thinking down in ways that that pleased the public (or at least enough of it) who paid for it.  Gradually publishers took up the role of picking stuff that they believed could sell.  Eventually yer working thinker effectively had sell his pen (as pen is mightier than the sword… for writing with, at least) to thinking or at least expressing publically the thoughts – especially on paper, that his or her publisher was pleased by.

Once Indy happened, many thinking-writers were able to do pretty well out writing things enough of the public liked their thought about. Because the public is a very broad thing, with a range of tastes and opinions, so long as what the writer thought was popular with enough people, they didn’t even have to be mercenary about it, but actually write what they felt and believed.

So Indy is better right? You don’t have to live by the mercenary’s creed: your pen to the highest bidder.

Not so fast, dude.

As the people doing Patreon have found, that isn’t just money for doing what YOU want.  In that environment you get to know quite fast what your new tribe of bosses want for that monthly pay-in. Some of them, I gather, want your life and direction for a few bucks a month.  But at least as an indy you’re not directly at their beck and call.

Yes… but you still live by the mercenary’s creed – because you can choose, sure enough, to write for people who share at least some of ideas and ideals – so long as there are enough of them. You’re not gate-kept by NYC publishers whose bubble is so philosophically different as to a little out of touch with even those who come from other large cities and share their typically far left ideology and values and worldview, and on another planet to most of the population outside that. It’s not that hard to find a few million people who see the world like you.

Well… actually it is very hard. Not that the people don’t exist, they do. It’s just making contact with them, and then getting them to read AND enjoy (and therefore be willing to pay for) your work is hard.

So: you find yourself as a mercenary to whole new master: making your book enjoyable for ordinary readers. A lot of us don’t even think about this: we just set out to write a story and/or prose that pleases us. For some of: we have the gift and it comes out as a pleasing story. But for most of us that could be better… which is why we read how-to books, study the work and techniques of writers we like or… that lots of readers like, and frequent sites like this.

A friend asked some of us a question about POV (point of view) which is something of an obsession with a lot of writers, as are issues like first, second, third person not to mention Third person intensely personal, omniscient etc. etc. etc. etc. and few dozen more etc. He’s a writer, and one of the good ones to whom story telling comes easily.  We writers can get very obsessive and wrapped up in these things – and be hypercritical of those who get them ‘wrong’. And other writers… notice.

They CARE. So it must be important.

Except nobody else on earth gives a shit. Maybe your grammar teacher… but I have found most English teachers blissfully ignorant about point of view and head-hopping.

Look: these are sort of important, but not to please the fussbudgets of the writing world. They’re important for the reason they developed: which is a very mercenary one.  The whole point of POV and all these conventions – the entire body of Strunk and White… is to make your story easier to follow. Because if the reader has to struggle to follow it: they might think you a literary genius and future Hugo winner, because they had to read your book slowly, and each sentence three times, but with rare exceptions they won’t ENJOY it.

Reader enjoyment sells books.  I’ve read a few books with great ideas, books that I loved the concept of… but were so badly written as to make it hard work, that I only kept slogging at because the ideas fascinated me. I itched to re-write them (and I’m not good, but well, sometimes I could hardly do worse.  Some of Simak’s books…). I’ve probably given up on a hundred for every one of those, though.

So: when you start worrying about POV and first person or third person or whatever… is when your first reader gets confused, loses the track of the story.  I worry a lot about it because I can confuse myself, let alone readers. But there are authors out there, all over the place with these supposedly adamantine rules – who jump cheerfully from first to third, head-hop like crazy… and they obviously tell the story well enough for readers to utterly love it, and not to struggle to follow at all.

The editor, the other writers say it absolutely matters.

But the mercenary’s creed says use what works best for your story: it doesn’t matter as long as the reader follows and enjoys. The reader is paying. The editor (these days) and other writers aren’t.

Image by ‘Thanks for your Like • donations welcome’ from Pixabay