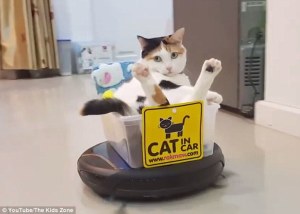 So, we’re finally moving towards the end of the reposts of the Extreme Pantser’s Guide – we’ve covered a bunch of craft matters, and a few other bits. Today’s post is about ways to … ahem… persuade the subconscious to play nice.

After which I will attempt not to swear at the bloody cat. For Reasons.

The Extreme Pantser’s Guide: Working with your subconscious

Pantsers also tend to be more likely to have all manner of weird rituals to get things working, with varying levels of effectiveness.

Here’s the key bit: the subconscious mind doesn’t have all those good/bad/correct/incorrect filters that we work with in our conscious mind. It takes in everything and integrates it all regardless of source. The good thing about that is the way the subconscious will end up somewhere we wouldn’t have ever considered consciously – which usually can be used with a bit of judicious filtering in our writing. The bad part is that whatever we do most in any particular domain is what our subconscious considers the ‘right’ way to do it.

Most of the time that’s not an issue. Where it becomes one is in two key facts: the subconscious is a damn sight faster than the conscious mind, and when circumstances change, the subconscious isn’t going to change without a lot of retraining. In other words, if what the subconscious is doing isn’t right, you’re going to need to spend anything from 2 months upwards retraining it – and you’ll still revert to the older, more established habits under stress.

Right now my bugbear is this particular issue. If I’m not overloaded I can write pretty easily by sneaking time in while stuff at work that takes time to do is running. A large installer gets me about a paragraph, opening certain applications is another paragraph apiece, and so forth. Dedicated writing time, on the other hand… I tend to pee it away doing nothing much of any value. Not vacuum-the-cat avoidance behavior, just the endless stream of “oh, I’ll just…” and the next thing it’s time for bed. Basically, I’ve done so much writing in between and around other things that that’s what my subconscious considers writing time. Yes, both ConVent and Impaler were mostly written this way. And no, neither one needed massive amounts of revision (which probably tells you I’m a scary woman who should be avoided – but then people tell me this anyway, so I’m not sure what the difference would be).

So. Your subconscious is being balky and not handing over the goods. What do you do?

Here’s a few suggestions (which is not by any means an exclusive list – I’d be surprised if it was possible to compile one):

One thing that it helps to remember is that once you get this right, and you hook into your subconscious for the current story, you get a state that’s called “the zone”. This is a kind of hyper-awareness of what you’re doing where your focus is entirely on your writing and the story simply pours from your fingers. This is where that learning to type item comes into its own. You don’t need to take a typing course for this, either. I personally have never taken one, and I’ve got a typing speed in the general vicinity of 50 words per minute with bursts of quite a bit more (as the saying goes, downhill and with favorable winds). Yes, I do touch type, although my technique is crappy and my typo count is rather higher than for most touch typists. The bit that matters is it’s fast enough to allow me to write at somewhere close to the speed of internal narrative, without having to concentrate on what my fingers are doing. Since I’ve been known to type while half asleep – and on occasion, dreaming – this is a good thing.

Feel free to share any suggestions for getting into the writing zone and convincing your subconscious to part with the goods – and remember that if something doesn’t work for you, try something else. The heart of our creativity is one of those strange places that has any number of ways through the maze, all of them right, but each person’s ‘right’ way is a personal thing and could very well be unique.