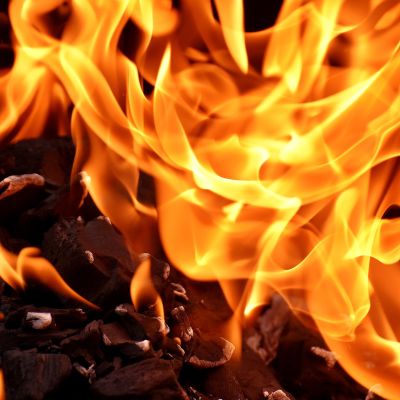 As we seem to be caught up in a bonfire of vanities (in Savonarola sense rather than the Tom Wolfe novel) where anything that might lead people to ‘sin’ (in the eyes of the modern fanatic, of the new ‘religion’) must be destroyed, I’m wondering how long before they come for books, and the authors. The authors who are part of the Woke cult are already much under its sway, but that’s because the esteem of their co-religionists is so important to them, and to be ostracized from the cult is worst of possible of possible punishments. This is why ‘Requires Hate’ and her little coterie of nasty camp-followers and disciples – an irrelevant group with no influence outside their little circle of fellow believers, were able to wreck careers and lives… inside their circle. They tried on those outside… and found their accusations and demands laughed at by people who placed no value on their or their cult’s regard. So they used their power where they were powerful.

We – on the outside – did nothing. Left the new piagnoni to eat themselves. It seemed like a good idea at the time.

They still remain fairly powerless, in that increasing numbers of people now regard being held in esteem by these cults as a badge of shame, and being publicly attacked and hated by them… making one into ‘a good cause’ to be supported, at least in secret (and buying books is secret, at the moment anyway. The wallet is still a secret ballot). BUT… their pattern is to infiltrate and take over once-respected groups, businesses, and institutions. And the new piagnoni are doing now – through these businesses and institutions, wielding power, just as old piagnoni did for Savonarola.

It’s unlikely to end on a burning cross in whatever the modern equivalent of the Piazza della Signoria is, this time around. We’ve rather moved away from burning people after public crucifixion. (I’m opposed to burning anyone alive – no matter how appropriate it seems. I’ve cared for burns patients.)  It could still happen, but then history doesn’t so much repeat as rhyme.  Knowing what it is, stops you adding extra stanzas. (So burning and destroying history is kind of asking for a repeat, and one you don’t know is coming.)

That aside: my interest – and I suspect yours as well, is not getting included in the next stanza or two, either in person or through having my work burned (in the modern sense ‘cancelled’) or my livelihood and means to earn it destroyed. I fully expect the modern Savonarolas to try to gain control over the internet – at least over major retail outlets (including Amazon) and certainly over means of payment. So your wallet-ballot may become far less secret, and they may well try to stop banking facilities handling your business.

I’m hoping they follow their historical pattern of pushing too hard and too fast, and it all ends up as it did in Florence, hopefully before the Woke-cult destroys too much. Of course, they’re eating their own (to the point where woke-sf is beginning to resemble what has happened poetry – where there are far more poets and critics, than readers. If it wasn’t for patrons, inherited wealth, and second jobs, poetry would be dead. We’d be poorer as a species for that, because it is a great and powerful, and very old human medium).  There is a sort of odd humor in the situation with authors in the woke-cult. Either your own side will eat you if the cult doesn’t fail – or if it does, they’ve made sure that backlash will have the same joys as the followers of Savonarola did. I don’t see much of a way out, there.  Full Kafka… which is sort of poetic justice.

But for those of us outside: set up your newsletter. Work towards setting up alternate sales channels to Amazon: even if you sell first to your subscribers and then take that down. I’m looking into ways to sell audio privately first too. In the meanwhile use Amazon as much as possible – always building your own brand.

‘I said that we should married be and she should be my bride
And a-long we should not tarry and twenty things beside
‘I’ll plough and sow, reap and mow and you shall sit and spin’
Singing, How do you do, how do you do and how do you do again?

Her parents then consented, all parties were agreed
Her portion thirty shillings, we married were with speed’

The world HAS changed. I wonder if that will rhyme again?

Image by Alexas_Fotos from Pixabay