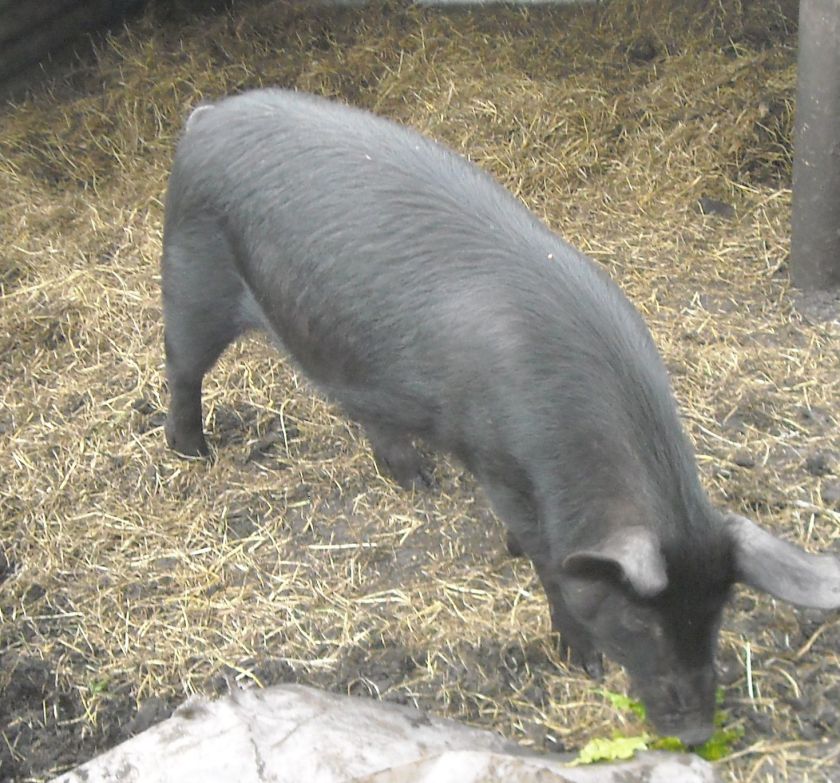 I’ve been making sausages for the better part of the morning. There is some pig that can’t easily become ham or bacon. As a wannabe writer: If you figure the cost of writer’s workshops or MFA degrees in creative writing… there’s a lot to be said for learning how to make sausages. At the end of the process you at least have sausages. And oddly you will have learned quite a lot of value, and some of it applies to writing as well as sausages.

To the sausage eater, well, a sausage is a sausage. Some better, some wurst, but a thing in itself. The eater probably doesn’t think too closely about what went into it. In the case of Dibbler’s sausages that is probably just as well, but it is almost certainly organic. And it probably helps to be drunk and have it with ketchup and mustard. Now isn’t that true of a lot of books? There are a good few that ketchup and mustard could improve.

From the writer’s point of view: the ingredients that go into s book are quite distinct, and ‘taste’ noting like the end product. And, yes, actually it is much easier to make good (or fantastic) sausage with great ingredients. The same is true of books. And likewise, a book probably fails even if those are best ingredients in the world… if they remain themselves and do not form part of the whole. Just as fresh garlic – where all you can taste is garlic and not the blend of meat, fat and salt makes a lousy sausage, so too a book where one of the elements so overwhelms the rest it’s just that. Balance is everything and final product is more and different than merely its parts. A master can even add in that touch of sweetness (apple, cranberries, sun-dried tomato) – which lifts the sausage into the sublime (and sweet in sausage is the easiest pat to screw up – the same as books). And yes, a skilled blender can make un-named dodgy meat into a pretty acceptable sausage – just as skilled writer can turn iffy material into a readable book… but are you that sausage maker? Or that writer? I am not.

There are myriad sausage recipes. Sausage made of everything from bear to squirrel, pork to beef, turkey to fish. Even vegan. Sausages with everything from cranberries to chardonnay in them. But oddly they have two essential ingredients, in essential proportions. Stray too far from either and your sausage doesn’t work. And those are fat and salt. Not the obvious – people say it’s a bear or boar or chicken sausage. They don’t say ‘it’s a fat sausage’. “Yuck!” would be the response. And indeed yuck is appropriate if you don’t get that proportion (around 20%) right. Too much and it becomes a greasy horrible thing. By the time it cooks out the sausage meat and other ingredients taste greasy and overcooked. And too little and it is dry and tasteless. Vegan is particularly difficult because of the whole ‘fat’ thing. I gather it’s considered bad to suggest using plump ones. But I gather one can buy vegan suet.

For me, in writing, that’s the story, the action, the adventure. In some shape or form it has to be in every worthwhile read. Yes, actually you can have too much. Or too little, and vast focus on the other ingredients – be they the setting or the social justice outrage of the week – they tend to dry and un-appealing. And the salt… well those are the characters. And yes, once again there is such a thing as too much – or too bland when it is merely count the pre-expected tokens. I wait with amusement for the first orange haired villain s to appear…

Oddly, in sausages, the fat is the hard part to handle. It clags up your mincer, won’t go through without careful handling. The meat or fowl – no matter what they are, are easy. The onion – if you use it– might make you cry, but it’s not hard to deal with. The fat… it has to be pretty close to frozen to mince well. The same is true in writing. That essential ‘carrier’ is the hard part to write well. Any dam fool can write the rest. Even the bits which make you cry.

Now for most sausages the texture is fine. It’s not essential, but actually there is a reason for it being successful and thus popular, and that comes back to the fat and the salt. Mixing the ingredients is vital – mixing them well. Commonly the mix is put through the mincer a second time, after a very vigorous mixing. And isn’t that true of novels too: large chunks of unmixed say description, or angst, or even action make the book less of a pleasure. Hard going. Yes, even it is the right amount, and it’ll all mix in your head, eventually. That’s like telling me the sausage will all mix in my stomach. That’s not where I want it to mix.

Once made, mixed and cooked a sample and tasted and adjusted your sausage filling (yes, just like books they require some adjustment) comes the part about getting it into a sausage. Ahem. In order to illustrate this I need you to remember – the casing is gut (or fake-gut). It’s been inverted, scrubbed, salted… and now is in 7 yard lengths. Now as a trivial detail, when bought in bulk (as I do) you’ve got maybe 20 seven yard lengths attached to one plastic ring to bind and bring the sausageer into darkness, and depair. The skein of skins is quite a job. If you can climb a seven yard ladder… (yes I tried that) and dangle and shake… no it takes patience, care and perseverance. And then when you have your gut (or story) all untangled you fill it with water and check for holes. In novels those can be fixed. In sausages you knot off and start again.

Then you do a sort of reverse condom – getting 7 yards onto six inches of spout. You push a little of your mix through the spout, and tie off. If you don’t do this you get a fat bubble of nothing – well air, as your first sausage. And that is the mistake all too many writers make – they have a great mixture in the sausage machine (well their heads as the story. But they start with a big wodge of nothing. In sausages that makes gat go rancid. In books it makes the reader go rancid about the book.

And then it’s a question of pace. You can’t actually fill the sausage skin to bursting because 1) they do burst, and 2) you still need to form links. You’ve got to feed mix into the maw of the the machine and control the gut flowing off the spout. And it all happens way too fast, and as an amateur, the disasters can be both spectacular and messy. Trust me and my ceiling on this. And if you can’t see how this is rather like writing, I despair of you.

At the end… a sausage is a linear thing. It has a beginning and an end, it is constrained by the gut. Yes, you form it into links, but a sausage isn’t made in links – any more than a book is. It’s made as a whole sausage. Chapters shape it.

With all of this: practice makes you better and it easier. It doesn’t get ‘easy’ (I’ve made 250 pounds of sausage in one single stint – and many smaller batches). It just gets a little easier. Yes, when you look back… well you’ve come a long way (especially with twisting the links – it used to take me hours to do one string.). I’ve come on yards and yards and yards since then, in fact. Just like writing.

Now, I have about 50 more pounds of sausage to make tomorrow. Just think how being my assistant could help your writing career…

No, actually my name is not Tom Sawyer. It’s Dave Freer. But when we’ve finished on sausages I have a picket fence that needs whitewashing…