Yeah, I know, promotion has no hyphen in it. It’s early, I’m pre-coffee, so bear with me. Pro, or for, and motion. Or perhaps it’s ‘in favor of’ and motion. Either way, there’s energy in that. We’re going places! And we’re asking you to come along with us, dear readers.

Here’s the thing. Mad Genius Club is a conglomerate (another fun mashup word) of authors and professionals who donate their time in an effort to give back to the community that has supported them. This is very much a work of love. But you know how we also love our coffee, and that costs money. Cold hard cash, in lieu of pretty words. I’ve yet to find a market that would accept a well-turned phrase or bit of trenchant humor in exchange for the brown beans of life.

Really, we’re not asking much. Since the store won’t take our words, perhaps you will. And thus, capitalism and the free market wins again! And I get my morning brew of warmth and caffeine. Buy two, and we could have mocha…

War is coming. The peace and security of the Ardean Imperium is threatened from within and without. The members of the Order of Arelion are sworn to protect the Imperium and enforce the Codes. But the enemy operates in the shadows, corrupting where it can and killing when that fails.

Fallon Mevarel, knight of the Order of Arelion, carried information vital to prevent civil war from breaking out. Cait was nothing, or so she had been told. She was property, to be used and abused until her owner tired of her. What neither Cait nor Fallon knew was that the gods had plans for her, plans that required Fallon to delay his mission.

Plans within plans, plots put in motion long ago, all converge on Cait. She may be destined for greatness, but only if she can stay alive long enough. 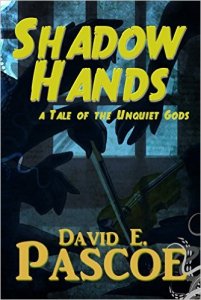 Melody Devreux sees things that shouldn’t be there. Shadows cast by the setting sun reach out for her with abyssal claws. She sleeps with the lights on and never goes out after dark. When the monsters she sees come for her, she must harness the light inside her to prevail.

There are now six short stories in this series, collect them all!

A wonderful collection of work that shows the true breadth of Hoyt’s imagination. Here you will find tales of humanity, monsters who are all-too human, and some who claim human while showing their true colors. From cute kittens that aren’t what they seem, to vampires, this is a selection of stories that will pull you in and onward. If you’re already a fan of her Darkship world, you will find stories that hold the keys to some of her characters and their motivations in those novels. If you likewry humor, then you will find it in the story of Heart’s Fire, where the young heroine is reading a paperback novel, the key to her downfall. Sarah and I share a love of reading, and furthermore, reading stuff that everyone tells us is trashy and why aren’t you reading works with great and lofty messages?

Because sometimes it’s not about the message that blinks and flashes like a giant neon light tearing the quiet night apart. Sometimes it’s about the little stories, the lives of people who work and love and live quietly, never thinking they could make a difference until they have no choice. Because that is a message in itself. Stories give us hope, which enables us to continue. Stories show us how heroism really works, and romance, and all the big things that make us human and keeps us going onward into the future which might hold magic in the form of technology. Or maybe not, it could be things we haven’t even dreamed of yet, writers nor readers. 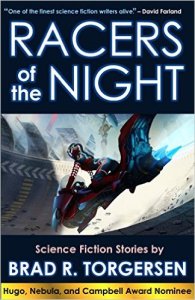 Racers of the Night

Flying at the Speed of Night . . . Following in the successful footsteps of his previous short fiction collection (“Lights in the Deep”) award-winning and award-nominated Science Fiction author Brad R. Torgersen is back with twelve new tales. From the edges of explored space, to the depths of the artificial soul. At once breaking the limits of human endurance, while also treading the tender landscapes of the human heart. Originally appearing in the pages of Analog magazine, Orson Scott Card’s InterGalactic Medicine Show magazine, Mike Resnick’s Galaxy’s Edge magazine, and elsewhere, these stories are collected here for the first time; with commentary and anecdotes from the author. Introductions by bestsellers L.E. Modesitt, Jr., Kevin J. Anderson, and Dave Wolverton (Farland.) 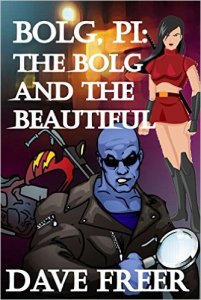 Bolg PI: The Bolg and the Beautiful

A humorous, satirical noir detective urban fantasy, set in a small city in flyover country, which has an unusually high population of Trolls, werewolves, fairies and a dwarf.

Private Investigator Bolg, a Pictish gentleman who happens to be vertically challenging, a self-proclaimed dwarf and tattooed so heavily he appears blue, finds himself called on undertake paranormal cases: This time it’s a retired Fertility Goddess, and her daughter, who’ve been robbed by a con-man from their friendly neighborhood bank. They want a Norse berserker, with a two-handed axe loose in the banking hall. Instead they get Bolg trying to recover their money. The bank might prefer the berserker too. 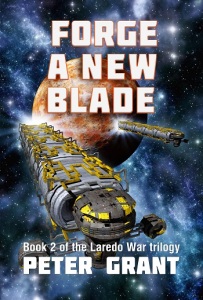 The Laredo Resistance fought the Bactrian invaders to a standstill, but shattered itself in the process. Through battle, bloodshed and murder, Dave Carson became President of Laredo’s Government-in-Exile. Now he must dodge assassination attempts by his enemies while fighting the war on new fronts – with a little unorthodox help from Steve Maxwell of the Lancastrian Commonwealth Fleet.

Gloria Aldred, former head of the Resistance, has plans that run counter to everything Dave’s trying to achieve – and she’s not about to ask his permission to pursue them.

Satrap Rostam is trying to cut Bactria’s losses and rebuild his exhausted planet, but his generals and nobles have lots of guilty secrets to hide – and they don’t mind burying him right along with them if necessary. 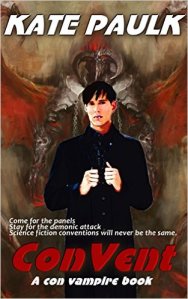 A vampire, a werewolf, an undercover angel and his succubus squeeze. Whoever picked this team to save the world wasn’t thinking of sending the very best. But then, since this particular threat to the universe and everything good is being staged in science fiction conventions, amid people in costume, misfits and creative geniuses, any convetional hero would have stood out. Now Jim, the vampire, and his unlikely sidekicks have to beat the clock to find out who’s sacrificing con goers before all hell breaks loose — literally.

The pixie with the gun has come home to see his princess crowned a queen and live in peace. But nothing is ever easy for Lom. A gruesome discovery on his doorstep interrupts their plans and sends Lom off on a mission to save not one, but two worlds. It’s personal this time and the stakes are higher than ever before. With friends falling and the enemy gathering, Bella and Lom must conquer the worst fears and monsters Underhill can conjure. Failure is not on the agenda.

*17th* book in the Wine of the Gods Universe.
Dimensional travel had brought the Earth immense wealth, but also a cross-dimensional war with the Empire of the One.
Jaime Felis had been recruited by the United Earth Central Intelligence Agency and emplaced in the Army unit crossing the dimensions to a world that claimed to have magic. Magic created through genetic engineering, very like the genetic engineering of the One—and of Jaime’s home planet. They hoped that his faint abilities would give them some insights into the magic of both this low tech Comet Fall and the high tech Empire.
He hadn’t expected to be marooned. Nor for rescue to be so fraught with problems.

The Dead Of Babylon

Which reminds me, don´t forget to cast your ballot today in the Hugo Awards, this is the last day of voting!

pour l´encourager, here´s a picture of a large part of the ELOE. Hear the evil laughter, and giggle along with us!